Adam Azim and Brad Rea both scored huge knockouts in Manchester on Saturday, after Viddal Riley impressed on his UK professional debut.

Azim, 19, billed as one of British boxing’s most exciting prospects, underlined his potential with a third-round knockout win over Jordan Ellison in their super-lightweight contest on the undercard of Amir Khan’s grudge match with Kell Brook, which is live on Sky Sports Box Office later on Saturday evening.

The Slough protégé, who is trained by Shane McGuigan, floored Ellison with a vicious body shot in the opening round, displaying lightning speed with both his movement and punches.

Ellison survived the second, but Azim finished the contest in stunning fashion with a huge left hook to take his professional record to 3-0, before delivering his trademark backflip celebration in the middle of the ring.

Earlier, Rea delivered a thrilling first-round knockout victory over Craig McCarthy to maintain an unbeaten start to his career.

The 23-year-old Rea landed two heavy right hands on McCarthy before ending the middleweight contest with a vicious left hook, which sent the Irishman to the canvas. 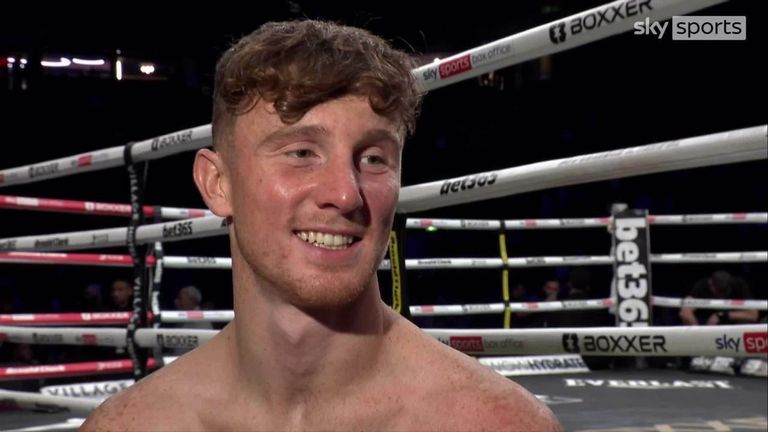 Rea was overjoyed after beating McCarthy with a huge knockout

The victory takes Rea’s professional record to 12-0, with Saturday’s victory his fifth inside the distance. 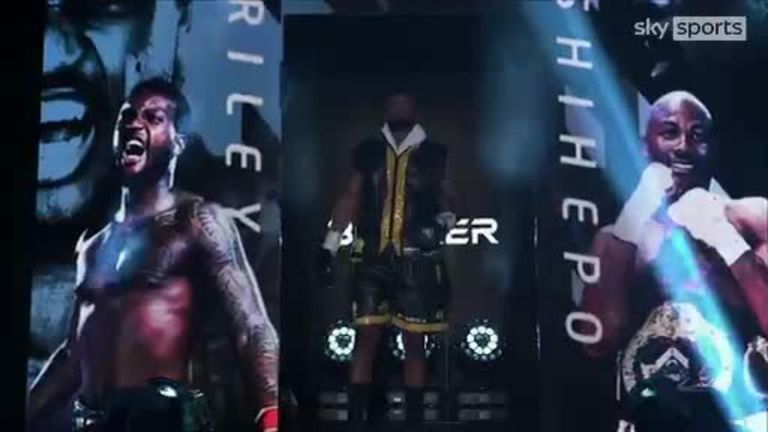 Viddal Riley made an electric entrance for his bout with Willbeforce Shihepo on the undercard of Amir Khan’s PPV clash against Kell Brook.

Riley showcased his potential on his UK professional debut with a comfortable points victory over Willbeforce Shihepo.

Riley floored his experienced opponent in the opening round with a crushing right hand and was rarely troubled as he dominated the six-round cruiserweight contest to improve his record to 5-0.

Shihepo displayed limited ambition after being stopped in his tracks in the opening stages, and when he did attempt to get to Riley in a fifth-round exchange, the Namibian ended up on the back foot once more. 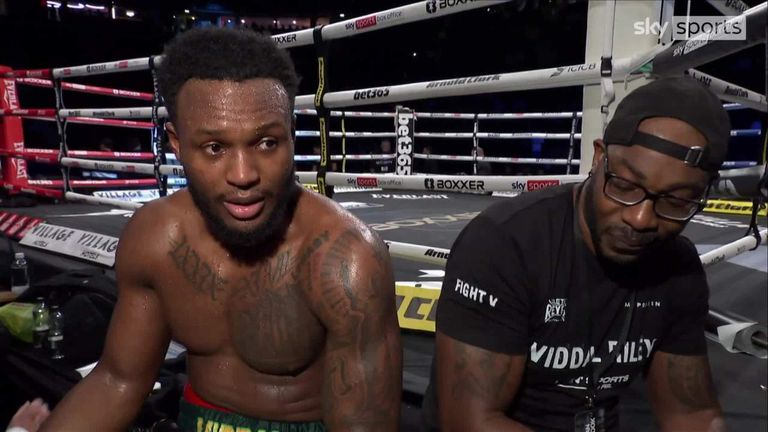 Viddal Riley gives his reaction after winning on his UK debut against Willbeforce Shihepo.

Greater challenges lie ahead for the 24-year-old Riley, who has endured a stuttering start in the pro ranks since making his debut in 2018 after an impressive amateur career.

The 27-year-old Londoner took his professional record to 12-0 with a comfortable unanimous decision in the 10-round contest at the Manchester Arena.

Watch Khan vs Brook on Saturday, live on Sky Sports Box Office, from 6pm. Book it via your Sky remote or book it online here. Non-Sky TV subscribers can book and watch it here.